You are currently browsing the monthly archive for November 2011.


“I had been asked to make the score for a documentary film called Confluence. The film is based in the Lewiston, Idaho area, not too far from where I grew up in the USA, and it chronicles several mysterious cases of young girls found murdered or gone missing around 1980, all of which seem to lead back to one man who for a variety of reasons has not been able to be charged with these crimes.”
– Peter Broderick

New-Berliner Peter Broderick has released “Music For Confluence,” a film score album for the documentary “Confluence,” directed by Jennifer Anderson and Vernon Lott. It was preceded by the double A-side 7″ single ‘Old Time’ b/w ‘Solace In Gala,’ songs from “Confluence” and the another documentary “Grace and Mercy,” directed by Luis Peña, with a download of the full 14-track score entitled “Music For Grace And Mercy – a film of Haitians helping Haitians.”

Heather Smith is a Chicago-based artist and multi-instrumentalist. In the beginning Bone & Bell started as a musical project with her baritone ukulele and voice, and now it has become a quintet, Heather recently joined forces with Ryan Farnham (drums- formerly of Catfish Haven), Rick Roberts (bass, keys) and Jason Tuller (guitar, bass).
Bone & Bell’s first 5-track EP “Loom” was recorded at home by Jason Tuller and was released September 2010. You can download the “Loom” EP for FREE through her bandcamp.


Krokodil by Bone & Bell
This an early demo for a song she’s working on.
A new album is anticipated for Spring 2012. 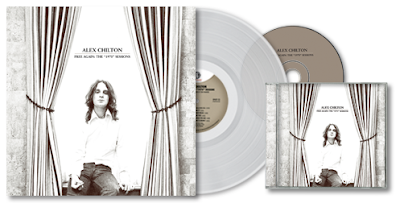 Alex Chilton – The EMI Song (Smile For Me)
from “Free Again: The “1970″ Sessions”
written by Alex Chilton and Terry Manning


Fan Modine – Through the Valley 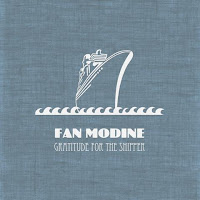 Taken from North Carolina’s Gordon Zacharias aka Fan Modine’s latest album “Gratitude for the Shipper” which was produced by Zacharias himeself, Chris Stamey (of The dB’s) and the former R.E.M. manager (1981-1996) Jefferson Holt. Available from Daniel 13 Press founded by Jefferson Holt.
Purchase the album, HERE. 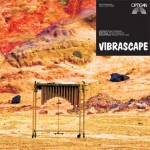 VIBRASCAPE presents the sound of the vibraphone in a uniquely Optigan fashion. The keyboard tones are arranged as a series of rhythmic patterns that create hypnotic, pulsating soundscapes when chords are played. (This disc is not particularly suited to melodic playing). The chord buttons feature sustained bowed vibraphone chords. The special effects switches help keep the groove going with a selection of rhythms from the Maestro Rhythm King MRK-2, an old-school beatbox and technological contemporary of the Optigan. Optigans equipped with a spring reverb will provide the most haunting sound, which is further enhanced by inserting the disc upside-down for backwards play.

Vibraphone played and recorded by Mark Greenberg (of The Coctails, The Mayfair Workshop) / Music produced, edited, and mastered by Pea Hicks (of Optiganally Yours, formerly of Tit Wrench and Lucas & Friend)

“Mellodrama,” a documentary by Dianna Dilworth, explores the rising and falling fortunes of the Mellotron – the first musical keyboard to “sample” the sounds of other instruments – from its birth in a California garage in the 1950s, through its dominance on concert stages in the 1970s, through its almost religious cult of followers in the 2000s. From the Beatles’ “Strawberry Fields Forever” to Black Sabbath to Kanye West, Mellodrama is a 50-year odyssey of musical invention, revolution, betrayal, and rediscovery. 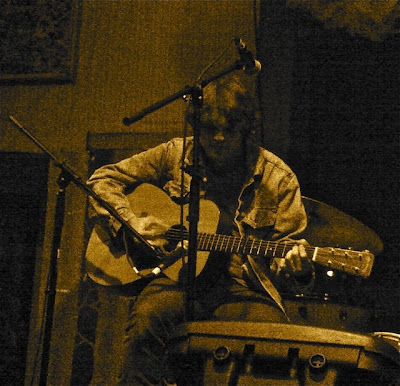 Orange is also known as a member of the instrumental band The Watery Graves of Portland (Curtis Knapp on piano, Adrian Orange on drums, Davis Lee Hooker on upright bass) and co-founder of Marriage Records, and has collaborated with Phil Elverum (The Microphones, Mount Eerie), Adam Forkner (White Rainbow), Geneviève Castrée and various musicians of the Portland experimental music scene including members of Rob Walmart, Valet, Jackie-O Motherfucker and LAKE. 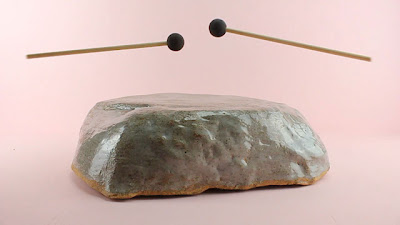 A RAY ARRAY is a new video directed by Sarah Rara that examines forms of visual and aural interference: from the failure of a message to be discernable, sudden interruptions, visual disturbance, the interaction of 2 sound signals, instability, and optical effects.

A RAY ARRAY features a soundtrack created by Luke Fischbeck and Sarah Rara, members of the band Lucky Dragons.