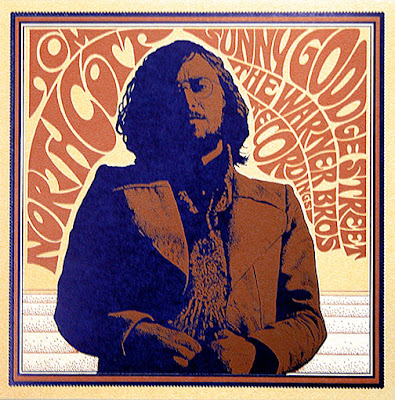 “Sunny Goodge Street, The Warner Bros. Recordings” is a 20-track collection that includes the 10 tracks originally issued in 1970 on “The Best of Tom Northcott,” (produced by Lenny Waronker and Leon Russell)– including the four singles: Donovan’s ‘Sunny Goodge Street,’ Bob Dylan’s ‘Girl Of The North Country’ and Harry Nilsson’s ’1941′ and ‘The Rainmaker’ (The latter paired Northcott with Jack Nitzsche’s outstanding arrangement). And six previously unreleased tracks that Northcott recorded between 1968-69. Several are from sessions in Los Angeles, (‘Ain’t Nobody Home,’ ‘A Soulful Shade Of Blue,’ ‘A Long Way Down’ and Randy Newman’s ‘Somebody Always Gets Hurt’) while others were recorded in London at Pye Studios (‘See The Tinker Ride’ and ‘There’s No Time’), and also features the single versions of ‘Sunny Goodge Street’ and its b-side ‘Who Planted Thorns In Miss Alice’s Garden,’ plus Northcott’s final single with Warner Bros. Records, ‘Make Me An Island,’ a song written by Albert Hammond and arranged by Nilsson collaborator Perry Botkin, Jr.. 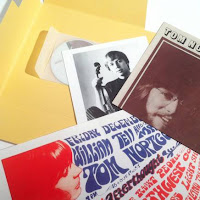 Letterpress edition of 3500 copies.
Digital design by Bruce Licher, based on an original illustration by Bob Masse. Along with a reproduction press photo, the folio also contains an “underground newspaper” that serves as the album’s liner notes written by producer Andrew Sandoval.