You are currently browsing the monthly archive for July 2015.

Phil Cook’s new album “Southland Mission” will be released on September 11th 2015 via Thirty Tigers and Middle West.  Listen his first single ‘Great Tide’ and the another new track ’1922′ (a cover of a song by his longtime friend Charlie Parr) from the album. 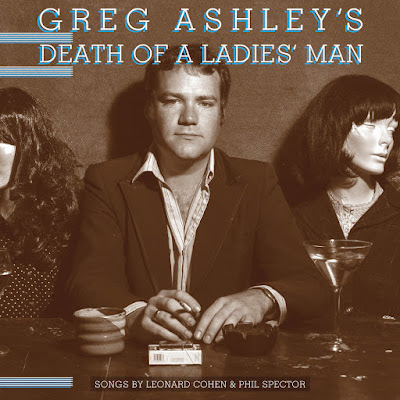 “Greg Ashley’s 4th album under his own name, his first since 2009’s Requiem Mass (Birdman), signals yet another change in direction for this multi-instrumentalist/producer/ arranger/singer/songwriter/bandleader. Death of a Ladies’ Man is a reverential song-for-song treatment of Leonard Cohen’s least “reverential” album: the 1977 Phil Spector-produced album of the same name.”


“Skullsplitter” is the latest from experimental balladeer and outsider guitar hero Eric Chenaux. Available on Constellation.


“Fraser A. Gorman’s song-writing builds around his wry charm and offbeat storytelling. In recent years, Gorman has taken a sly sidestep away from the country-folk of his early releases; his sound is still steeped in Americana, but this time it’s somewhere between Transformer-era Lou and the joyous romp of early Big Star.  The forthcoming debut album showcases Gorman’s role as curator as well as songwriter – the record features choice contributions from Davey Lane (You Am I), Stu Mackenzie (King Gizzard), and Jarrad Brown and James Fleming (Eagle and the Worm). The album was recorded by Cal Barter and mixed by Dan Luscombe (The Drones)”