You are currently browsing the archive for the CHRIS COHEN category.

Drugdealer “The End of Comedy”

“I Need You Bad” compilation

“I Need You Bad” compilation curated by Sonny Smith (Sonny & The Sunsets), documents the influential San Francisco garage rock scene (and a little bit beyond) as it exists here and now.  It features 15 artists including Chris Cohen, Warm Soda, The Memories, Cool Ghouls, Sonny & The Sunsets, Jessica Pratt, Magic Trick, Little Wings, The Sandwitches and the others.  Due out on limited edition “slime green” vinyl / digital formats November 26th via Polyvinyl Records, cassette via Burger Records. 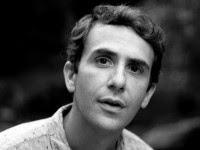 Chris Cohen is a 37-year-old native of Los Angeles currently residing in the farmlands of Vermont. He is the child of a former music business executive and a former Broadway actress. His resumé of prior musical projects is a long one: as a contributing member of The Curtains, Cryptacize, Deerhoof, and Natural Dreamers, he released 10 full-length albums between 2002 and 2008. Along the way, Cohen was also a touring player with White Magic, Cass McCombs, Haunted Graffiti and Danielson, among others, for stints both short and long. All of this has culminated in his first release under his own name, and his first for Captured Tracks, Overgrown Path. –Captured Tracks

The Curtains – Go Lucky
taken from the 4th album “CALAMITY” (Asthmatic Kitty, 2006) by The Curtains founded by Chris Cohen and Trevor Shimizu in San Francisco, California in 2000.