You are currently browsing the archive for the CROSSROADS OF AMERICA RECORDS category.

Mike Adams at His Honest Weight

Mike Adams at his Honest Weight performing
“I’m Not Worried” live in their backyard on October 8, 2010.


I’m Not Worried by mikeadams 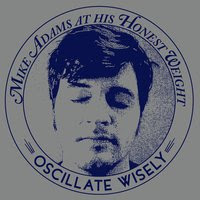 ‘I’m Not Worried’ is the first single from Mike Adams At His Honest Weight’s debut LP “Oscillate Wisely,” co-released by Flannelgraph Records and St. Ives Records on January 25th, 2011.  Bloomington, Indiana-based Michael Dwayne Adams is also known for the band Husband & Wife, their latest full-length “Proud Flesh” has been available on CD via Crossroads of America Records and on vinyl via Lower Peninsula Records.